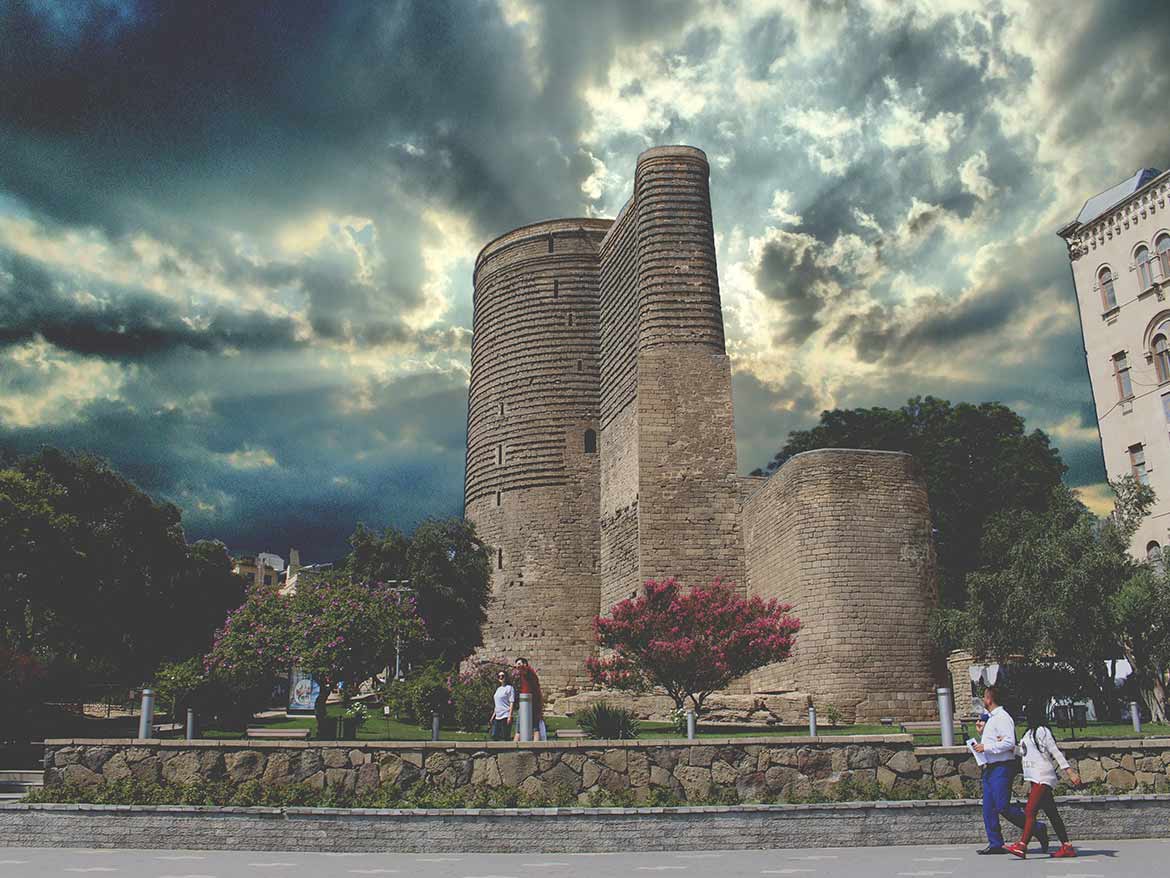 On this 8-day tour of Azerbaijan and Georgia you will have a variety of experiences, painting a colourful picture of these two countries and equipping you with many cherished memories to treasure forever. From the Zoroastrianism Fire Temple of Absheron and the ancient Gobustan rocks, to sampling local wines and culinary delights in Sighnaghi, to all the wonders that Tbilisi (Georgia’s capital) has to offer. This is a tour that breaks out of the usual sightseeing boundaries and gives you a brief yet comprehensive introduction to these mesmerising places.

Arrival in Tbilisi. Meeting with the guide and the driver at Tbilisi International airport. Transfer to the hotel and check in.

An intensive introduction to this amazing city

Breakfast at the hotel. Afterwards have a walking tour in the old district of the city. Founded by Vakhtang Gorgasali, the Georgian King of Kartli (known as Iberia) and made into a capital in the 6th century, Tbilisi is a significant industrial, social, and cultural center. Your tour of the city includes the following sightseeing spots:

Lunch will be taken in a local restaurant, after which you will:

Dinner in a local restaurant, then transfer to the hotel. Overnight in Tbilisi

Breakfast in the hotel, after which we will drive to Kazbegi, a mountainous region of the country. On the way, we will pass Ananuri Castle and Jinvali water reservoir of amazing beauty. Here we will stop and see different local handmade crafts (such as thick felt, embroidery, and iconographic painting).

Lunch in local restaurant, followed by a stunning drive from Gudauri along the Tergi River will bring us to Stepantsminda – the main town in the region. Here we will visit the Kazbegi surroundings. From the center, we will climb through the beautiful valleys and woodlands to visit Gergeti Trinity Church, located at 2170m. You may observe one of the highest glaciers in the Caucasus – Mt. Kazbegi (5047m).

Dinner in local family guesthouse. Transfer to the hotel. Overnight in Kazbegi.

Enjoy culinary delights on the road to Sheki

Breakfast at the hotel.

Today we will drive to the Kakheti region, in the eastern part of Georgia, known as the cradle of Georgian wine. First we will visit David Gareji (a cave city) which is one of the most important landmarks of Georgia. This site is characterized by a unique combination of historic architecture, prehistoric archaeological sites, rich paleontological fields and important bio-geographical features. The dozens of cave monasteries decorated with unique frescoes are the best examples of harmonious interaction of man-made structures with the dramatic landscape.

Later we will drive to visit Sighnaghi, known as the “city of love”. You will visit the wine cellar known as “Pheasants’ Tears”. There you will take part in wine tasting(4 types of wine) and have master classes in preparing Georgian traditional dishes, such as “Khinkali”.

Then there will be an excursion in the city of Sighnaghi, that stands on the ruined fortress (with walls 2.5 km long), with towers and entrances of the XVIII century, which is still preserved. Climbing on any of these towers, you can observe stunning beauty of Alazani Valley. After this, your day will include:

Feel at home in these small villages

After breakfast, we will visit the Albanian church located in Kish village. Legend says that the church was built in 78 AD, but the researchers place it a few centuries later.

Two-thousand-year old Gabala - the most ancient city of Azerbaijan - was for 600 years the capital of ancient Caucasian Albania mentioned in the works of antique historians of the 1st century. Later in the Arabian sources it was mentioned as Khazar. You will visit the ruins of an ancient walled city (Chukhur Gabala), dating back to the 4th century BC.

Then we will drive to famous Lahij village in Ismayilly district. Many of the 2,000 people living in Lahij are involved in ancient crafts such as engraved copper work and carpet weaving. In the mid-19th century, there were more than 200 workshops in Lahij. Traders discovered Lahij crafts many centuries ago, and sold them for high prices at bazaars in Baghdad (now Iraq), Shiraz (now Iran) and other Middle Eastern cities. We will stop by a copper workshop for a impromptu lesson in ancient craftsmanship, where you'll get to see coppersmiths use small mallets to decorate plates, trays, jugs, goblets and pitchers, just as their ancestors have done for centuries.

Visit the town of Shemakha, as well as the Diri Baba Tomb and Yeddi Gumbez. Shemakha was the capital of Shirvan Kingdom for several centuries. Yeddi Gumbaz (The Seven Cupolas) Mausoleum is the burial place for members of the royal families of the Shirvan shahs. Arrival to Baku. Overnight in Baku

Visit a variety of local attractions in Baku

Breakfast at the hotel.

Upland Park is located on a hill in the western part of the city. This is the best place to see the city and the Baku Bay. The architecture of the capital is eclectic; it’s a combination of different styles and influences such as barocco, classicism and modern architecture (both Eastern and Western). The route covers the downtown and shows the most interesting historical and architectural sights.

Tourists will visit the Flag Square and the new Carpet Museum - the design of the building is distinguished by its originality, as the museum is built in the form of a folded carpet. Stroll through the Baku promenade, enjoy the look of the House of Government, the Philharmonic Theatre named after M. Magomayev, the Baku Mayor's office and will visit the "Governor's garden."

Then the tour will continue by visiting the "old city" that has preserved and walls and narrow cobbled streets even today.

Tourists can see the main attractions of the Old City, including the Palace of the ShirvanShahs (XV cent), the symbol of the city - Maiden Tower (IX century), Karvansarays, mosques etc.

We will continue our excursion by visiting the Cultural Center named after Heydar Aliyev. Heydar Aliyev Center is a cultural center, projected as a complex structure that includes the auditorium (convention center), a museum, exhibition halls, administrative offices. The design of the building is also notable for the fact that neither in the interior or exterior of the building has any angles. The project of the center was designed by the winner of Pritzker prize and internationally recognized architect Zaha Hadid. Overnight in Baku

Soak up the geographic wonder of the region

Breakfast at the hotel. Drive to Gobustan open-air museum. The reserve is well-known with its perfectly preserved rock paintings - petroglyphs - which are a kind of artistic "archive" of human evolution on the Earth. "Documents" of such archives are the first human’s presentation of him/herself to the outside world.

The Gobustan Rocks are not just the brightest witnesses of the prehistoric period of human existence. They reflect the history of this region for nearly 15,000 years - since the end of the era of the Upper Paleolithic till the Middle Ages. Of particular interest are the images of multi-oar boats, with a light source at the stern. They were drawn above the level at which people had been portrayed, and this phenomenon set up a lot different interpretations. Today Azerbaijani scientists found, described and studied more than 4,000 petroglyphs and this important work continues.

Before the start of the tour around Gobustan, guests will visit the interactive museum, where with the help of special programs and multimedia touch screens you will get information about the nature of Gobustan. Not many people know that Azerbaijan ranks as the first place in the number of active mud volcanoes. These volcanoes are formations of a cone-shaped hill with a crater in the ground.

After visiting the Gobustan Rocks, we will drive to the Atashgah Fire worshipers’ temple.

The Fire Temple Ateshgah (literally Fire House) is located in 30 kilometers from the center of Baku, in the south-eastern outskirts of the Absheron Peninsula. Here you can learn more about Zoroastrianism, one of the world’s oldest monotheistic religions, which centres on the worship of fire where oil oozes from the earth and natural gases are aflame on the skyline.

To conclude your trips for this day, you will also visit the village Mehemmedli, and next to this small village in the Absheron peninsula, Mount Yanardagh is situated. The word "Yanar" in Azeri language means "burning", and "Dagh" - "mountain". Overnight in Baku 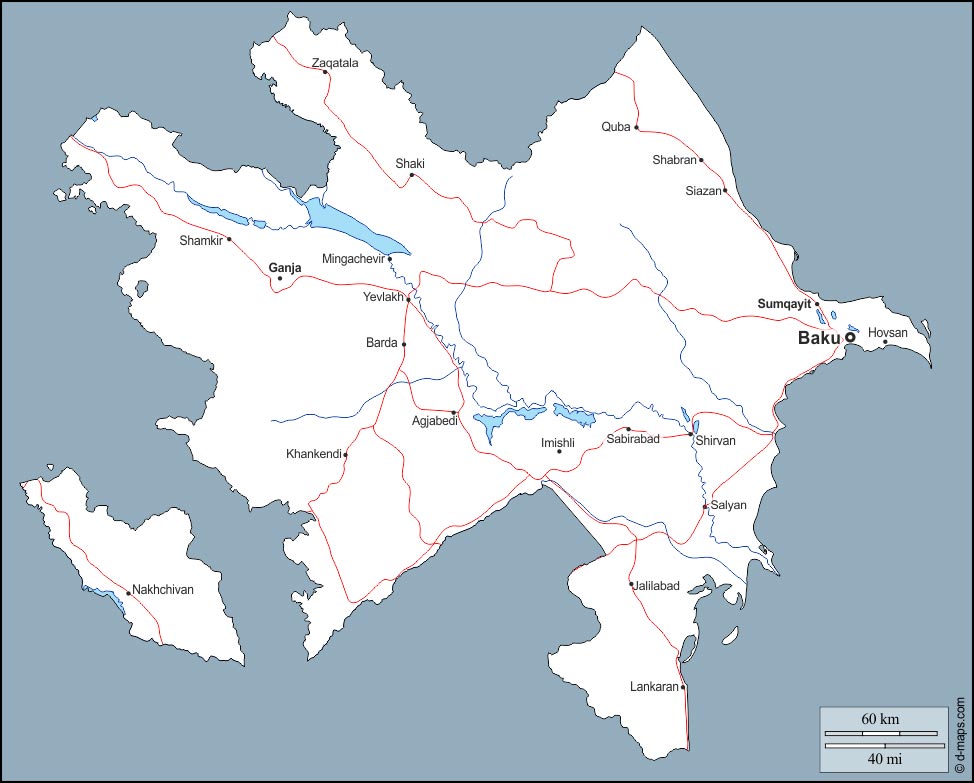