During this jam-packed tour of Turkmenistan, you will travel to a number of cities and ancient capitals where you will soak up the atmosphere of this varied country. Old meets new in this trip as you will see wonders from modern architecture to ancient structures, natural wonders to informative museums. If this is your first visit to the country, this tour is a perfect taster of everything that the country has to offer.

Meet with your tour guide at the Ashgabat International Airport, who will take you to your hotel. After breakfast, you’ll go on a city tour with visits to the following places:

In Nisa, archaeologists found the evidence of ancient civilizations such as coins, priceless ivory rhytons, dishware, pieces of gold and silver jewellery and marble statues, rare specimens of the Parthian wall paintings and stone architectural decorations. These artefacts are now exhibited in the Main Museum of Turkmenistan.

After the excursion we will drive to the hotel and have dinner at the restaurant. Overnight in Ashgabat.

Breakfast at the hotel, and then transfer to Derwaza (gas crater) located in the middle of Karakum desert (160 miles, 4 hours) This place is dubbed by locals as "The Door to Hell". The Darwaza area is rich in natural gases. While drilling in 1971, Soviet geologists tapped into a cavern filled with natural gas. The ground beneath the drilling rig collapsed, leaving a large hole with a diameter of 230 ft. To avoid poisonous gas discharge, it was decided that the best solution would be to burn it off. Geologists had hoped that the fire would use up all the fuel in a matter of days and solve the problem, but the gas is still burning today. In the evening, you can watch the spectacular and fascinating sight of the gas crater. The immense flaming pit looks like something out of an epic adventure film.

You will have BBQ lunch at gas crater and then drive to Dashoguz (180 miles – 5 hours). Overnight in Dashoguz.

Breakfast at the hotel and then transfer to Kunya Urgench, the ancient capital of Northern Khorezm. Kunya-Urgench is an architectural reserve, located 300 miles to the north from Ashgabat. In the past it was the ancient capital of Northern Khorezm in the first century A.D. In the middle of the eighth century it was conquered by Arabs and in the year of 995 it was renamed Gurgandzh, and it became the residence of Khorezm Shah and the second-largest city after Bukhara - the capital of Samanid Empire. After seeing this fascinating historical place, you will have lunch and then transfer to the airport in Dashoguz for your flight to Ashgabat. Arrival and overnight at a local hotel.

In the morning we will drive to the Yangikala Canyons and explore the canyon area. Yangikala one of the top scenic natural areas of Turkmenistan – Yangikala canyon is located 100 miles to the north from Balkanabat and 100 miles to the east from Turkmenbashi. The expression ”yangi kala” is translated from Turkmen as “fire fortresses”. Indeed, the sheer cliffs of white, yellow, ocher, purple and red, fancily carved by wind and rain, are similar to the stone castles from a fantasy novel.

The most beautiful canyons are best seen at sunset, when everything is painted in hot red. Once, the bottom of the canyon was the bottom of an ancient sea, and today you can walk there, like in a natural park of sculptures made of compressed soil. Drive to Turkmenbashi. Overnight in the hotel.

Breakfast at the hotel, followed by a city tour where you will visit the Russian-orthodox church and bazaar. After lunch, you’ll transfer to the railway station for the train to Ashgabat, departing 3:30pm (daily train number 605). This is an overnight train.

Arrival at 5:15am followed by early check in at the hotel. After breakfast, you will drive to Kowata - an underground lake which is located 66 miles from Ashgabat. The Turkmen name ‘Kow-Ata’ means "father of caves". This underground area seems like a magnificent auditorium. The overall length of the cave is 750 ft, its height reaches 65 ft, and its width is 180 ft at some points. The bottom of the cave is covered with lumps of dissolved limestone (stalagmites), and its warm and gushing water is clear and emerald colored. The water has a constant temperature of 91-96 Fahrenheit. (You can swim in the lake).

At night, take an Ashgabat city tour. Dinner at the restaurant of the hotel “Yyldyz”. Overnight in Ashgabat.

Breakfast at the hotel followed by a morning drive to Mary. On the way you will see the ruins of Seyitjemalledin Mosque in Anau. The mosque was built in 1456, when Abu-ibn-Kasim Baber Bahadurkhan ruled in Khorasan (1446-1457). Construction of the mosque was financed by Bahadurkhan’s vizier, Muhammed Hudaidot, who also selected the site of construction – near the grave of his father, sheikh Jemaleddin, a native of Anau.

The square central hall (with the sides of 10.5 meters) was crowned with a dome. In later periods, the Seyit-Jemaleddin mosque was partially reconstructed. By the nineteenth century, the subsidence of the land had already damaged the building heavily, and during the 1948 Ashgabat earthquake it was destroyed completely. Now, only the lower parts of the portal and some fragments of the walls are extant.

On the way we will also visit Abiwerd, which was once an important trading town of North Khorasan. It was a key link on the Great Silk Road between Nisa and Merv, and also enjoyed ties in Nishapur, across Kopetdag Mountains to the south. Arrival and overnight in Mary.

Breakfast at the hotel and then drive to Merv, where you will explore the ancient oasis-city, known as “Queen of the World”. Merv was one of the most important capitals of Islam along with Baghdad, Cairo and Damascus.

After sightseeing, you will drive back to Mary city. Transfer to Mary airport for flight to Ashgabat. Overnight at hotel.

Breakfast at the hotel. Transfer to Ashgabat International Airport. 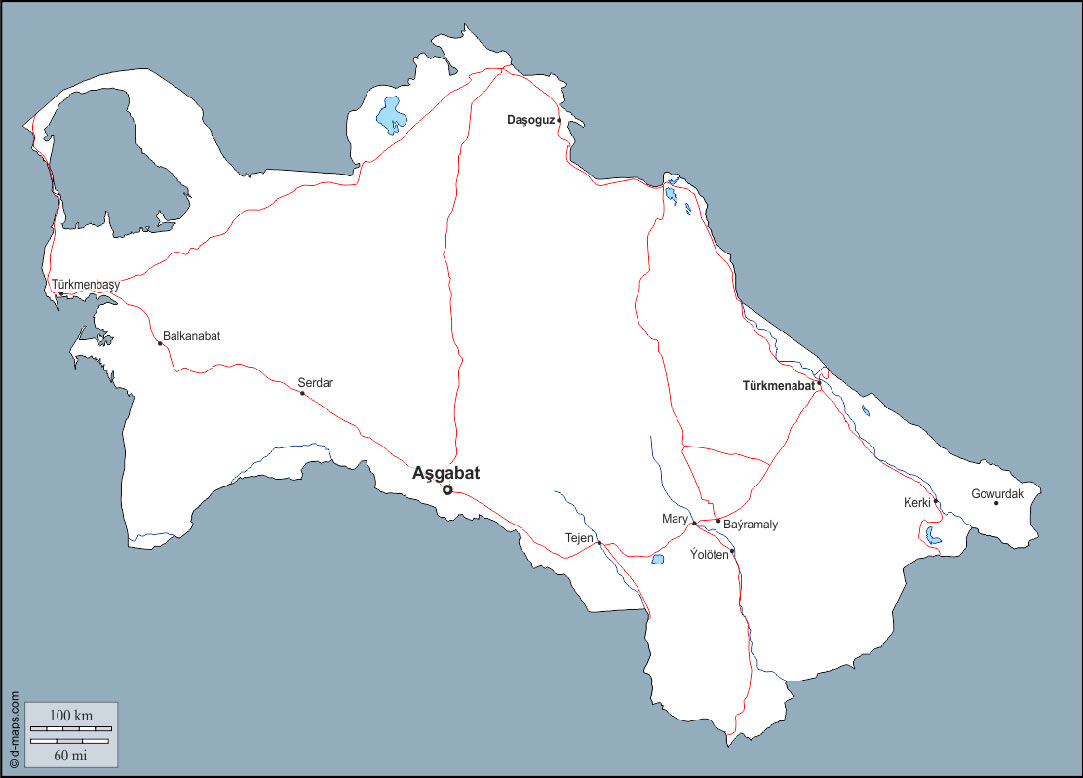